PSI Increases Sales by 13 Percent in the First Nine Months

Sales in Production Management (raw materials, metal, industry, logistics) was, at 78.7 million euros, 8 % above the value for the previous year in the first nine months (30 Sept. 2018: 72.6 million euros). The EBIT improved by 7 % to 7.0 million euros (30 Sept. 2018: 6.6 million euros). With good business in America and China, metals business continues to manage to keep new orders, sales and earnings more or less constant despite the steel crisis. Automotive, industrial and logistics were able to increase sales by 15 % and earnings by 32 %. The third quarter was burdened by investments in Mines&Roads, which is concentrating more on low-risk indirect business with integration partners and on emission-reducing traffic solutions in Europe.

On the basis of the PSI Java Frameworks, PSI has come to support more than 300 application consultants (and “PSI-Click Designer“) at integration partners and in the IT departments of customers. PSI will invest in a more automated app store cloud support of this fast growing community, to further improve their economic success and to be able to roll out more licenses.

PSI continues to record strong demand, particularly for control technology for electricity and gas networks as well as in the logistics and automotive sectors, and therefore expects further increases in the high-margin license, maintenance, upgrade and cloud business in the coming quarters. Despite the gloomy economic forecasts in Germany and the integration burden, the PSI Management Board continues to expect sales growth of 10 % to 220 million euros and an increase in the operating result of close to 17 million euros for 2019.

The German government's Climate Protection Programme 2030 contains numerous initiatives which, if implemented, could lead to additional annual investments of around 100 million euros in control system software in Germany. In addition to the energy sector, this also applies increasingly to the heat and transport sectors. PSI is already involved in more than 20 pre-competitive research projects. The management therefore expects continued good growth in the domestic market of Germany and Europe. 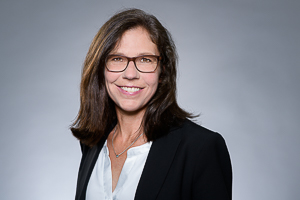